If you picked up a wheel, could you mistake it for a bike? Probably not. But you know it’s a part of the bike. What about the handle bars? The saddle? The tires? Any individual piece will tell you something of the bike, but you can’t call any of them the a bike without the rest of them. The entity of the bike is – as with many things in life – more than the sum of it’s parts.

Our brains work the exact same way. No one neuron contains a memory. You can’t just pull out a single brain cell and say, “Yep, that’s Friday, 7:15 PM, when I ate that steak.” That neuron contains only a piece of the information. A very small piece. Through it and the thousands of others surrounding it, we start getting a sense of the idea, and in turn the idea itself. Every memory, every thought, is an aggregate of many smaller pieces that on their own don’t mean much.

This concept is an important one in riding.

END_OF_DOCUMENT_TOKEN_TO_BE_REPLACED 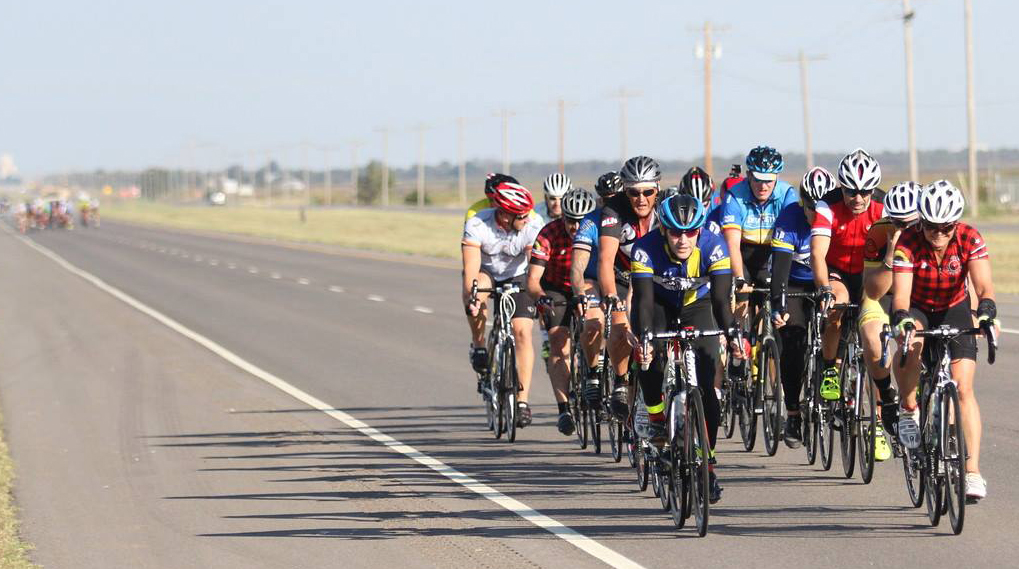 Whereas most of my posts focus on casual riding, I’ve been doing a good amount of racing in the past year, so I’d like to cover a racing topic. More specifically, I’ve been doing a lot of criteriums (fast, short-course races), that contain breaks, chases, and – more often than not – failures of chases to catch breaks. These events got me thinking:

END_OF_DOCUMENT_TOKEN_TO_BE_REPLACED

At approximately 7:42 AM, Stuart “Steely” Jones was riding east along Loston Rd. when he was struck from behind. The car – whose make and model are being suppressed by the auto manufacturer while the investigation into the crash continues – didn’t stand a chance.

“I was getting my morning miles in when I heard squealing, and then bam, I felt something hit my trusty steed,” said Jones. By “trusty steed,” Jones is referring to his 63 pound, steel framed, fixed gear bicycle that he rides to train in the off-season. “When I stopped and looked around, I saw this mangled wreckage, and a guy climbing out of what I guess used to be a car.”

Jones was uninjured by the collision, though his bike’s cargo rack was slightly dented.

We spoke with the driver of the 2015 [redacted by our layers] [also redacted by our lawyers] SL in his hospital room. “The sun was in my eyes as I was coming up to the bridge, and I just didn’t see him,” said the driver, 32 year old Bryan Sunger. “I thought I had hit an oncoming car! I mean, why would anyone make a bike out of steel?”

Mr. Sunger, having only recently purchased this vehicle, had chosen it because of it’s high fuel efficiency. A large part of that efficiency comes from extra-light aluminum, carbon fiber, and ceramic construction, as well as a (formerly) aerodynamic profile. “The salesman had me all convinced that this new carbon fiber body is a must-have,” said Sunger. “And it was twice as expensive as their [redacted] @#$% [redacted] model!”

When asked if he would be likely to purchase the same vehicle again, Sunger said, “You kidding me? I’m just going to start riding my bike to work. It’s safer.”

We’ve all been beaten at one point or another. Be it through harder circumstances than we could bare, tougher competition, or even just bad luck. It happens. Sometimes we’re beaten, and other times we beat ourselves.

But watching my fellow cyclists, I’ve noticed a lot of us – myself most definitely included – are getting caught up in glorifying defeat.

END_OF_DOCUMENT_TOKEN_TO_BE_REPLACED

Forget the bike. Forget the gear, the road, the nutrition. Forget everything but you. Stand there and take a good, hard look. There are some truths you’re going to have to face. You are you – no one else. You are only as strong as you are. You’re only as fast, as well trained as you. This is important, because everything – everything starts there. With you.

There are two sides to this ancient Greek aphorism (an inscription from the Temple of Apollo at Delphi). In one sense, it’s a warning: to know your limits, be humble, and avoid boasting. In the case for the Temple of Apollo, it could be taken as a reminder to walk humbly in the presence of gods. On the other side, it means  that the opinions of others account for nothing – that you must know who you are, no matter what others say or do.

END_OF_DOCUMENT_TOKEN_TO_BE_REPLACED

[This is Part 3 of the “Nitty-Gritty of Nutrition” Series. Click here to read “Part 1 – The Macro on Nutrients“, or “Part 2 – Calories In, Calories Out“]

How you’ve managed to stick around for this much reading is beyond me, but kudos! In the last part of this series, we went over the common mistakes with caloric burn rates and caloric replenishment, as well as the upper-limits of replenishment. In this final segment of this series we’ll deal with the caloric deficits inherent to cycling, and some post-ride scarfing that – when done right – can help make up for it.

So… notice a problem here with the numbers we’ve seen over the last few posts? Let me give an example:

Now, for a 2 hour ride, that’s okay. I have more than enough glycogen stores that I shouldn’t bonk (assuming I start replenishing right after the ride), and in fact I didn’t bonk, even with my low ingestion rate. But if I were to extend this to a four hour event, that caloric deficit is would’ve been huge – 2,396 Calories. Even with having eaten 600 Calories over those four hours, my tank is definitely on empty, and I probably started feeling that approaching wall around the 3:30 mark if not sooner. Had I eaten twice as many Calories, I would’ve been at a deficit of 1,856, which my glycogen stores should be able to just about cover, meaning I’d have been getting worn down but most likely wouldn’t have bonked.

END_OF_DOCUMENT_TOKEN_TO_BE_REPLACED

[This is Part 2 of the “Nitty-Gritty of Nutrition” Series. Click here to read “Part 1 – The Macro on Nutrients“]

Welcome back! In Part 1 we covered what the various macronutrients used by the body are, and how they are used. Today, we’re going to go over the loss of and replenishment of calories: the rate they’re burned, how many calories we need, and how fast we can replace them.

The Numbers Don’t Lie To Us, But We Do

Before we figure out how much we need to put in the tank, we need to figure out how much we’re removing. Many cyclists use activity trackers that track power and heart rate to give us a pretty good idea of the calories expended on a ride. When we get home, we see those burned calories and think, “Yes! I can eat a whole extra day’s worth of food!” Slow down. Yes, you burned those calories, but one thing a lot of cyclists forget is that some of those calories would’ve been burned even if you were just sitting around watching the Tour de France.

END_OF_DOCUMENT_TOKEN_TO_BE_REPLACED

We work out. We eat. We work out. We eat some more. What is it that we’re eating? How do the things we eat ultimately drive our legs? And how many calories are we really burning? I’m not going to give you specific eating guidelines since everyone has their own dietary needs, and needs to adjust them to their activity and personal requirements. But it’s good to understand what food really is to the body, how it’s used, and how fast it’s used.

Before I delve too deeply, I want to clarify something regarding calories. There are two notations for calories:

For the purpose of this article, all references to calories will mean food calories (upper-case “C”).

END_OF_DOCUMENT_TOKEN_TO_BE_REPLACED

You’ve all heard it before: “It’s always darkest before the dawn.” Usually, that idiom just means “don’t worry, it’ll get better.” There are plenty of these little perk-you-up phrases, like “Every dark cloud has a silver lining,” and “There’s a light at the end of the tunnel.” One I’ve heard in Spanish is “No hay mal que por bien no venga,” which literally translated means there is no bad from which good does not come.

In cycling, there are plenty of dark times. Everyone’s been there: you’re out on a century and you’re feeling awesome; 70, 75, 80 miles in. Then you do a particularly strenuous climb, and suddenly that finish line seems eons away. Maybe you’re in a race and you’re riding with the leaders, but suddenly it seems like it’s taking everything you’ve got just to hold.

And we’re always told to focus on the dawn, on the silver lining, on the good that’ll come. That’s a good notion, and a positive outlook. But I think we’re giving those dark moments a raw deal.

END_OF_DOCUMENT_TOKEN_TO_BE_REPLACED

Stretching. Yes, I know half of you just went “Ugh!” and felt your ham strings involuntarily tighten. But like anything else that’s hard – sprinting, hill climbing, distance riding, changing a flat – you have to do it if you want to get better at it. Today, I’d like to go over why stretching is important, the various types of stretching, the pros/cons of each, and when they should be done. NOTE: I won’t get into specific stretches, because you can find plenty of examples online, and it would take forever to go over them all.