[Warning: rant with “colorful metaphors” ahead]

My family is from Brooklyn. So when it comes to friends and family, we cut each other up constantly. Jokes and friendly insults are the norm. I’ve taken this with me wherever I’ve lived, though I’ve tamped it down to suit the local cultures. When I found cycling, at first I noticed a similar vibe – friendly jibes and insults; it felt good to be among kindred spirits.

“Your bike is dirty.”

“No bike in your podium pic.”

These aren’t friendly, and they aren’t jokes. They’re not even insults, really. Nowadays, I feel like these things are just stated like they’re out-right facts, simply because someone made a list of random shit that cyclists started to take to heart for no reason other than to be elitist. It’s also a great way of ruining someone’s moment of triumph.

I remember my first victory in a hard-fought road race. I got the top-spot. I wanted my bike in the pic with me cause, what the hell, I won. But hey, I didn’t follow the bullshit rules, so people called out that my bike was the wrong way, and my chain wasn’t on the big ring, and, and, and… shit, I heard more people deriding me for my podium than congratulating me for my 47 second sprint at 37 fucking mph!

And you know what? Those comments didn’t come from my cycling friends. They came from random cyclists who just felt that they had to correct what they saw as mistakes, because it didn’t fit into their perfect little world.

Now, I’ve got a pretty thick skin. I like when people hit me with a good joke or insult. Hell, I’m usually the first to rag on myself in a group. But this? It wasn’t fun. It wasn’t done with a sense of humor or camaraderie. It was just cyclists wanting to show their superiority – to knock someone down not because they should, but because they could.

We have enemies aplenty. Dog walkers try to garrote us with 25 foot leashes, or let their dogs chase us and call it our fault. Runners want us off the trails. Drivers want us off the roads. So the last thing we need are cyclists being dicks to other cyclists.

Like with most things in life, take a second to consider what you’re about to say. Does that cramping cyclist need to hear at that instant that, “Hey, you should’ve been drinking more water,” or “You know, I take extract of pro-biotic micro-glucose fungus, and I never cramp”? When someone’s getting dropped on a hill, is that the right time to say, “You know, hill repeats will help you”?

Are you a badass for riding in the cold, or the heat, or a hailstorm? If you come home just fine, then sure; don’t wrench your shoulder giving yourself a pat on the back. But if you hit a patch of black ice and get an AC separation and are out for 6 months, you’re not a badass. You’re a retard. Cause you could’ve chosen NOT to follow some stupid-ass rule about riding in bad weather and instead just jumped on your trainer. Oh, and if you do manage to get home safely (which I surely hope) but then lord it over the rest of your cycling friends like you’re a god, then you’re not a badass. You’re just an ass. And cycling will be better off with you taking up crocheting.

Look, I get it. It’s all too easy to get carried away with the whole gestalt of cycling. Like any other type of nerd – scifi, fantasy, running, triathlon, quilting – cycling is very easy to geek out on with numbers and bike parts and n+1. But just like you might look at that over-the-top Star Wars nerd who’s wearing his Boba Fett costume to the grocery store, take an objective step backwards and look at how all non-cyclists are gonna look at you and realize that it’s going to be the exact same expression. We’re nerds, just about different stuff. So we absolutely CANNOT get all elitist and haughty about it, because to the rest of the world, we’re just some nuts in spandex.

So do me – and the rest of cycling – a favor: put away the rule book. Take a step back from what you think is the “right way” to be a cyclist, and just remember what it’s like to ride the bike. There’s joy there, if you’re willing to find it. 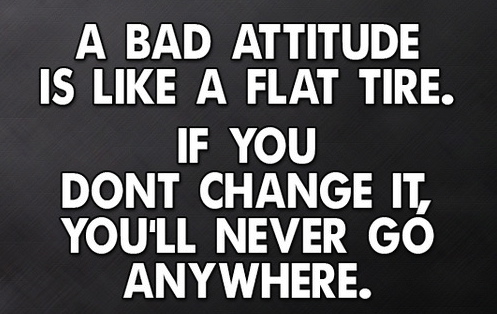