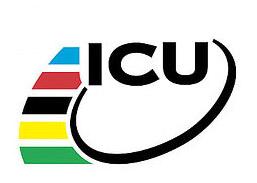 In an effort to increase the popularity of cycling in the United States – especially after the purposefully prolonged Armstrong scandal did nothing to bolster their ad revenues – the International Cycling Union has changed their official acronym from “UCI” to “ICU”, as a way to boost name recognition.

ICU Press Representative Kale Schwartz stated, “Americans are a rather simple people, and we really, really want more of their money. For too long, they’ve been under the impression that the International Cycling Union and the UCI were different organizations. It’s long past time we fixed this.”

After spending millions in closed studies and conducting thousands of interviews, the ICU determined that the US recognition issues came down to the order of the letters in their acronym. “They don’t make sense,” says George, a participant in one of the many ICU studies who did not provide his last name. “They say U, C, then I. But I went to middle school, and I know that the first letters in their name are I, then C, then U. Why’s it backwards?” When told that the initials actually stand for “Union Cycliste Internationale”, George looked puzzled and stated simply, “Huh?”

Mr. Schwartz explained. “In US news, on the AP, and in most international news outlets, we refer to ourselves as the International Cycling Union. We say it in English. Our organization’s name might have started out French, but seriously. Who uses French anymore?” When asked for a response to Mr. Schwartz’s statement, the French ambassador to the US shouted a long string of French profanity before calming and saying in English, “I mean to say, I have no comment.”

In an odd turn of events, several large hospital groups throughout the US have banded together to sue the ICU for defamation. C. R. Sharp, a lawyer representing several of the plaintiffs, said “This is unacceptable. Hospitals are important to society. My clients provide an actual service, and our ICUs – that’s ‘intensive care units’ – cannot and will not be associated to an organization with such a – shall we say – checkered history.”

Preliminary hearings are scheduled for June. In the meantime, the ICU continues to promote the name change – and strangely the lawsuit that comes with it – as often as possible. Mr. Schwartz stated, “We can really use the publicity. Hospitals are great places. And so are we.”