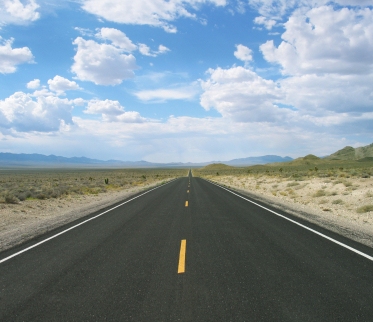 I got my degree in Philosophy. That’s a good thing, because I love to ponder some pretty wild concepts. That’s a bad thing because you can apply those wild concepts to your own life at the wrong times. The other day while I was riding up a large hill, I thought “Man, it’s like I’m never going to get to the top!” Well, that brought up good ol’ Zeno and his wonderful paradoxes.

For those that don’t know, Zeno of Elea is a pre-Socratic philosopher.  I loved the pre-Socratics – they posed deceptively simple questions and though their answers often resulted in one kind of logical fallacy or another, they just made for some great thought exercises. Anyway, back to Zeno. Plato wrote about Zeno and of the paradoxes he presented, several of which are rather well known. A few of these actually – and unfortunately for the over-thinking cyclist – apply directly to our beloved sport.

The paradox that struck me that day while climbing that hill is the dichotomy paradox. I don’t remember the exact wording, but it basically says this: if you’re going from point A to point B, you must arrive at the half-way point before arriving at point B. I’ve said this to people before and usually get a wry smirk followed by “No shit”. But we gotta take this statement to the next step. Okay, yeah, you gotta reach a mid-point, and you do. But now that mid-point becomes the new point A, and you have to reach the half-way point between the new point A and point B. And then half again. And half again. And again. Since the distance between you and your goal can always be cut in half, how then do you ever arrive at your goal?

Look at it another way. If you want to travel from A to B, you have to walk half that distance first. But before walking half that distance, you have to walk half of that half (1/4). And before that, half of that, and so on. Because the distance you have to move over first can always be divided in half, you can’t even begin the trip. Odd, right? The conclusion is that movement is an illusion, since your motion can neither begin nor end.

So when I’m climbing up that hill, stupid me, I start to think about how the distance between me and the top of the hill can be cut in half, and then that in half, and so on. If you ever want to make a hill-climb infinitely worse, think about never getting there. 🙂

The next paradox I remembered from Zeno occurred when I was riding at a pretty serious pace with some of the Team Superior guys. Two of us stopped to get a drink at a fountain, while the others rode on. Now logically, we had to ride faster than the group of riders that kept rolling in order to catch up to them. The paradox that came to mind is called “Achilles and the Tortoise”. The thought was if Achilles allows the tortoise a head start, even though the tortoise is far slower, Achilles will never win the race.

So when we started catching up to the rest of the group, I thought that as long as they kept moving, I had to keep moving. And no matter how fast I rode, the point at which I would pass them would continually move forward as long as they continued moving at any rate of speed greater than zero. Again – not the optimal thought to have when you’re chasing down the peloton.

Lucky for me, I did reach the top of that particular hill, and I did catch up with the pack that day. And Zeno? Hopefully he’ll start taking the bus and stay outta my head.