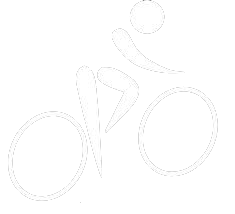 So you start riding with a group of people for the first time, and you notice something odd.  Occasionally, one of them will tap their ass and point, or they’ll point almost straight down and two seconds later you hit a massive pothole. Every group of riders uses gestures along with verbal calls to signal to the riders behind them of what’s coming up. Sometimes it’s hard to hear verbal calls, so gestures can help pass along an important message – if you understand what they mean. Everyone should know the basic hand gestures of riding – left turn, right turn, stopping, and the bird. No, that last one should’t be given – remember, if you flip off a car, you’ve just upset someone moving a 2 ton+ vehicle. Not exactly what I’d call bright. When you ride with a group, you’ll find there are a few more, less-common signals. Some are club/team specific, meaning it’s something that particular group has come up with, so if you see something new, make sure to ask them what it means. It’s unlikely they’ll volunteer the info – not because they’re mean, but because riders tend to take for granted the info they’ve accumulated.

Note: these signals are the most common ones I’ve seen while riding with some local teams here and while on the MS training rides with multiple teams. I’ll include the three basic signals as well.